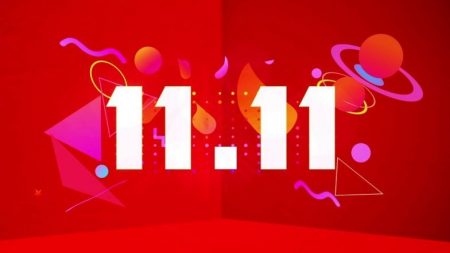 As we wade into the 2018 holiday season, all eyes are on Black Friday, Cyber Monday, and the annual monstrous digital growth that accompanies these events.

At the center of the holiday is Alibaba – Jack Ma’s pan-Asian eCommerce platform. Driving $25.3 billion in 2017 and a mind-boggling $30.8 billion this year, Alibaba is the only retailer on Earth able to truly rival Amazon. Even then, Amazon can’t say that shoppers transacted more than $1 billion in less than two minutes. Alibaba can.

Never one to shy away from innovation, 2018’s growth was driven by both China’s large, tech-savvy middle class and Alibaba’s robust expansion into everything from in-store retail to takeout apps, supermarkets, and even film production.

It makes more sense to think of Alibaba as a platform and not a retailer. The company has expertly navigated rapidly shifting consumer expectations in China’s economy to deliver selection, convenience, and differentiated experience to customers across the country.

In the past few years, Alibaba has invested in a number of initiatives to inject data and engaging features into the in-store experience. Smart pop-up stores with facial-recognition technology, blending social entertainment events with shopping opportunities, and even launching a data platform for mom-and-pop convenience stores throughout China are just some examples of how Alibaba invests in a holistic, engaging experience.

Singles’ Day consolidates China’s rapacious consumer appetites and Alibaba’s immense commerce platform into a shopping event unlike any other. November 11th is a day for China’s massive middle class to find bargains and pursue their commercial aspirations, and Alibaba is the company to make it happen.

As hard as it is to look down your nose at +$30 billion in sales within a 24-hour period, there are significant headwinds for Singles’ Day moving forward.

First, the titanic Chinese economy is in the midst of a slowdown. Infrastructure investment is down, debt is soaring, a trade war with the US is heating up, and shoppers are tightening their wallets. Even the mighty Alibaba cut its sales forecasts for March by 5%.

While these macroeconomic forces are certainly curtailing rampant spending, Chinese shoppers are starting to become jaded of the holiday, and are looking for new ways to engage with the brands and products they love.

On Singles’ Day, discounts are no longer seen as lucrative enough to compel consumers to wait all year to purchase large items, and more Chinese shoppers are re-discovering the joys of in-store shopping.

The hype surrounding the 2018 iteration of the holiday also was seen as over-the-top. During a massive broadcast event, hosts implored viewers at home to open their phones and check out deals. Backlit by retail logos, dancers and acrobats performed routines as music encouraged the day’s manic consumerism. There was even a rapper who rhymed out the specs to a new SUV.

Apparently, deals were harder to come by this year as well. Convoluted promotions drove consumers on labyrinthian quests through apps, games, and other media just to save a paltry 10% or grab a coupon that could only be used at certain times. Essentially, by doubling down on digital entertainment channels, Alibaba may have made its deals too difficult and complex to access. The process made saving 10% not worth the hassle.

Trade war, economic slowdown, or not, China’s immense middle class is not going anywhere. Their spending and shopping habits may shift, but Singles’ Day is firmly entrenched as the globe’s premier consumer event.

The party may be winding down, however. After growing 39% last year, 2018’s 27% growth rate shows a marked slowdown and reflects the aforementioned negative reactions to 2018’s promotional strategy.

Whether this means that the Singles’ Day runway is getting shorter or not, we can’t say. What we do know, however, is that Alibaba will have to look towards finding new ways to inject value and convenience into its holiday buying journey if it wants to continue along its current course.