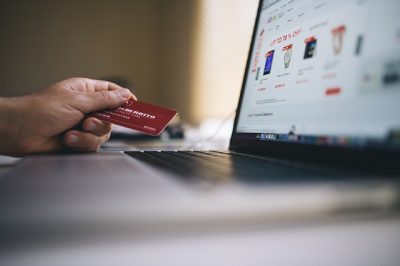 Question: what is the largest single online shopping day in the world, Cyber Monday or Black Friday?

The correct answer is Singles’ Day. Held annually on November 11, Singles’ Day is a Chinese festival that celebrates, well, single people. These individuals, known as “bare branches” (guang gun), began celebrating their status in the early 2000’s, and the festival rapidly gained popularity.

Over the years, Chinese eCommerce giant Alibaba has almost single-handedly turned Singles’ Day into a pan-Asian eCommerce holiday, offering once-a-year deals and savings to energize China’s rapidly growing eCommerce market. Think of the holiday as Amazon’s Prime Day but on steroids. Some retail analysts even go so far as to say that Prime Day was just Amazon copying the Alibaba Singles’ Day strategy.

So, if Singles’ Day is larger than both Cyber Monday and Black Friday, just how big is it?

All of these orders generated 1.38 billion packages in total, challenging logistics providers to fulfill and distribute orders. These packages were most likely big appliances and mobile phones, as these two product classes made up 15.2% and 8.7 percent of orders respectively.

Most impressively, research firms are estimating that over 90% of Singles’ Day orders in 2017 were placed on mobile devices, a rise from 82% last year. At its peak, Alibaba was processing over 256,000 transactions per second.

Alibaba Group CEO Daniel Zhang connected 2017’s strong growth with the company’s “new retail” strategy. Since 2015, the company has invested more than $9 billion in brick-and-mortar stores across a number of retail verticals, and this integrated approach has resonated strongly with Chinese consumers.

In the run-up to Singles’ Day 2017, Alibaba teamed up with a number of its top merchants to roll out augmented reality (AR) interactions that engaged consumers and offered further discounts and promotions. The giant also worked with these merchants to direct online traffic back to physical store locations, informed pop-up store strategies, and optimized in-store technology.

Interestingly enough, this tells us that Singles’ Day grew exponentially in 2017, not just because more people took part, but also because Singles’ Day promotions truly were extended across channels. Alibaba has blurred the lines between digital and physical channels, and customers have resoundingly supported the business model.

We’ve known that unified commerce is a successful retail strategy, but Singles’ Day 2017 takes the concept a step further. Alibaba worked with its brick-and-mortar stores and favorite merchants to do more than just enable them to seamlessly engage and transact across channels and devices. It made these unified commerce concepts core to its Singles’ Day strategy.

On the planet’s largest shopping day, Alibaba showed us just how successful and lucrative unified commerce can be.