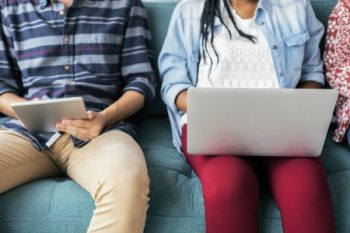 4 Lessons from Black Friday, Cyber Monday, and the Madness In-Between

Now that the dust has settled from Black Friday, Cyber Monday, and the retail madness in between, it’s time to break down the numbers and dive beneath the headlines to find useful insights for 2018.

1. The Digital Shift is Here (and It May Have Just Saved Black Friday)

It’s not exactly news that online sales over the five-day period from Thanksgiving to Cyber Monday are rapidly growing. Every year it seems, online sales smash double-digit growth projections, and 2017 is no different.

So, what’s new about digital’s ever-increasing share of the holiday shopping season? It’s branching out from Cyber Monday and beginning to dominate days like Thanksgiving and Black Friday as well.

Online sales grew significantly on Thanksgiving Day – a day when many retailer stores are shuttered tight – as shoppers dove right into online shopping once they finished their meals. Businesses took advantage of the fact that most people had the day off and encouraged customers to get their shopping done early.

Black Friday is famous for 6 am shopping sprees and door-buster deals, but in 2017, retail foot traffic was down almost 2%. In years past, this would have signaled an underwhelming Black Friday. This year, though, the NRF is predicting a 4% rise in total sales.

This growth – the largest YoY since 2011, according to GlobalData – can be directly attributed to a 16.9% uptick in online revenue. Black Friday is the biggest in-store shopping day in the US, yet it was digital commerce that made up for decreased foot traffic this year. The digital shift is real.

Year after year, consumers increasingly shop on their phones and tablets. Again, this trend isn’t exactly “newsworthy,” but the results from the 2017 Thanksgiving weekend certainly are.

According to Adobe, mobile devices accounted for more than 61% of traffic to retail sites on Black Friday, and drove an mind-blowing 46% of sales. While most shoppers are still switching over to their desktops to make purchases, 2017 represented a dramatic 10% improvement in mobile conversion.

“The big story this holiday season is in mobile shopping,” stated Mickey Mericle, VP of Marketing and Customer Insights at Adobe. “Retailers know this is where the audience is now and are delivering better experiences. Shoppers looking for discounts are getting better at using smartphones to quickly close the deal, and we are seeing better mobile conversion this season at over 10% growth.”

3. Holiday Shopping Is More Than Just A Weekend

While 2017’s results are encouraging, albeit expected, they highlight a digital trend that is changing the landscape of the holiday shopping season.

Retailers began aggressively promoting holiday deals on November 1, well before Thanksgiving. According to Adobe, every single day since November 1 has driven more than $1 billion in online revenue. Every. Single. Day.

On the other side of the weekend, shoppers shopping later into the season, taking advantage of continued promotions, omnichannel capabilities, and quicker fulfillment. Last year, only 9% of shoppers had finished their shopping by Cyber Monday. Retailers aren’t putting their eggs just in this weekend’s basket, as they continue to engage and communicate with customers all the way up to Christmas Eve.

Increasingly, Black Friday and Cyber Monday are transforming from the ONLY days to get good deals into two days with some of the best deals.

4. You Can Never Be Too Prepared

Black Friday and Cyber Monday are hands-down the two busiest days of the online shopping season and put immense stress on retailers to handle so much additional traffic.

On Black Friday, Macy’s credit card and gift card systems suffered slowdowns and failures, and numerous major retailers such as Lowe’s and H&M were hit with site outages throughout the day. J. Crew’s Cyber Monday deals were too hot for its site to handle, as it experienced traffic-related crashes throughout the day.

It seems that every year, multiple retailers have issues or are unprepared for the incredible amount of traffic that comes in during Thanksgiving weekend. With so much at stake, retailers need to ensure their sites are 100% operational throughout the weekend, and that preparation begins months beforehand with aggressive testing. As more shoppers shift from in-store to digital channels, retailers would be wise to test above and beyond their expected loads next holiday season.