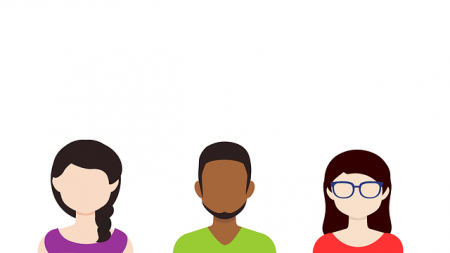 The Untapped Potential of Frictionless Giving

My wife has always been a very generous person in terms of giving of her time and resources to things she believes in. Our journey into the not-for-profit space started over two years ago when she came upon an opportunity to combine our volunteer work with foster children with the use of miniature therapy horses. We never anticipated that we would be starting and running a charitable organization, but when you do something well and it begins to scale, you realize that you have to follow your passions and give back to others.

As we became more active in our volunteer work, we also became more aware of not-for-profit fundraising avenues. One of the more significantly enlightening avenues we discovered was something called “frictionless giving” or “shopper directed giving”. I’d heard of Giving Tuesday and knew of Amazon Smiles, but I really didn’t appreciate these donation channels until a check suddenly appeared for our charity.

Fast-forward a year, and our family’s online shopping habits have been dramatically influenced by this concept. Nearly every purchase we make is now with intent to direct donations to charity, and as a commerce implementation project manager, I began to wonder how many others were being influenced by this capability, and how merchants (my customers) could also benefit from it. After a little research I discovered that the local dog rescue we volunteer for has received over $1,300 from iGive.com and has 18 supporters. Awesome!

Social Responsibility is one of the handful of strategies in developing brand loyalty. “Shopper Directed Giving”, or “Frictionless Giving”, is a lesser known social responsibility tactic that some businesses have keyed in on and it’s one that deserves attention.  Frictionless Giving is when the consumer is able to indirectly contribute to a cause of their choice simply by shopping online, and the merchant facilitates a charitable donation to their cause. When all else is equal in terms of price, availability, and convenience, the philanthropic shopper will choose to purchase from a merchant that supports their cause. In a world where differentiation and loyalty are becoming more difficult, this strategy deserves consideration.

Frictionless Giving by The Numbers

In 2017, the largest source of charitable giving came from individuals at $281.86 billion, or 72% of total giving; followed by foundations ($58.28 billion/15%), bequests ($30.36 billion/8%), and corporations ($18.55 billion/5%). 90% of businesses indicated that partnering with reputable nonprofit organizations enhances their brand and 89% believe partnering leverages their ability to improve the community. Further, purpose-driven consumer companies achieved a compounded annual growth rate of 9.85% over five years, compared to just 2.4% for the whole S&P 500 Consumer Sector. [1]

Further, millennials represent $2.45 trillion in spending and 70% will spend more on brands supporting causes they care about[3].  91% of Millennials and 85% of the general U.S. population would switch brands to one associated with a cause[4].  88% of Millennials state that they would be more loyal to a company who cares about an issue that is important to them[5].

Amazon Smiles is perhaps the best-known example of shopper directed giving, followed by iGive.com. Neither platform is truly “frictionless” as they both require shoppers to deviate from the typical buying process. Amazon Smiles is only available through smile.amazon.com, and not on the Amazon app. iGive.com requires the shopper to navigate through their portal prior to continuing to a participating merchant site to complete their shopping. There are many other shopping sites that make charitable donations in some manner, but none truly deliver on the promise of frictionless giving, save one to be discussed later here.

In 2017, Amazon Smiles received $34 million in contributions (from orders placed through Amazon Smiles). While the associated revenues to Amazon.com were not published, the contribution percentage for Amazon Smiles is 0.05% most of the year. At that rate, $694,314,640 of product was sold to achieve this level of contribution.  Compared to Amazon’s 2017 revenue of nearly $178 billion, $34 million is an embarrassingly low number (for Amazon) as a corporate contribution. This is also a far lesser investment to achieve sales than any Affiliate Marketing or referral program. One can imagine what those numbers would be if Amazon integrated frictionless giving into their app and didn’t require users to bounce from app to browser. And yet, this capability does, and will continue to drive shoppers into Amazon Smiles not so much out of loyalty to Amazon, but because they can choose to help their cause by purchasing products they would purchase anywhere, at no additional cost to them.

Like Amazon Smiles, iGive.com’s model allows shoppers to choose their cause, shop for goods, and donations are made on their behalf to their cause at no additional cost to them. iGive.com claims to have raised over $13 million in shopper directed donations since its inception in 1997. While this isn’t a huge number, it is significant. It’s $13 million that the charity didn’t likely spend any money campaigning for, it’s $13 million that individuals didn’t pay extra for, and it’s many times $13 million in realized sales for the merchants who paid iGive.com the channel referral fees to make the charitable contributions.

The number of “near misses” in terms of platforms and companies attempting to enable “frictionless giving” is dizzying. One company who seems to understand and appreciate the concept of allowing shoppers to freely choose their cause while also providing merchants the ability to enter into this segment is shoppinggives.com.

Shoppinggives.com is a 2-year-old firm headquartered in Chicago, IL that has a marketplace model similar to iGive.com, but also has a program that merchants can partner with called Change Commerce, which enables them to integrate donations based on the customers choice into their online storefronts allowing for a seamless shopping and giving experience.  According to Ronny Sage, Founder and CEO, when frictionless giving is added to merchant’s brand messaging, those merchants have seen up to a 26% increase in Average Order Value, and in some instances, a 2% to 9% increase in conversion rates.

Many businesses openly promote and contribute to causes of their choices, which is fantastic, but unless the shopper is aligned with that cause, it will not make an impact on their shopping decision. Individuals already contribute to charity over 10 times the amount that corporations contribute on an annual basis.  Retailers that purposefully cater to this demographic will differentiate themselves, and if done right, will experience increased order volume, conversion rates, lifetime customer value and average order value.

Most people remain unaware of the platforms and options for directed giving, as we were. While this is a contributor for why more business is not flowing through these platforms, it’s also an opportunity for merchants to gain competitive advantage in a customer segment that spends $400 Billion annually in charitable contributions.