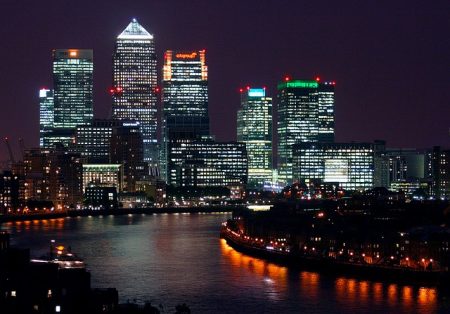 This has caused profound change, not just in how companies operate, but where they operate. Tech talent is overwhelmingly concentrated in urban areas, and instead of drawing these people out to the company, most organizations have decided it would be more worthwhile to move to the talent.

Here are some of the top reasons why:

Today’s most desirable employees are identified as a part of the millennial generation and are widely regarded as “synonymous with creativity, innovation, and the exciting potential of the “next big thing”.

Millennials make up the largest component of the American workforce and are choosing to live in exciting, urban areas that offer unlimited professional and social opportunities. In order to compete for this pool of talent, companies are challenged to offer office locations in close proximity to restaurants, shopping, entertainment and public transportation. This translates to having downtown office locations.

As Chris Behrens, CEO of marketing firm YA stated: “As the business progressed and the world turned toward technology, and social and mobile applications, the talent pool that drove the decision was much more digitally oriented,” Behrens says. “And to attract top talent—software engineers—you had to be downtown. That was the main driver.”

More and more, cities are incentivizing companies to move to urban areas with promises of cost savings, such as tax breaks. General Electric is one example of a company that chose to relocate from the suburbs to the city in return for a nearly $145M tax break incentive.

There is much to be gained for cities that cater to company relocations in their downtown areas, such as an increase in job opportunities and the potential for engagement by the company within the local communities. Other cost savings that have been offered include relocation assistance and help with permitting and licensing.

Moving to the city can also signal a shift in the culture of a company.

Brand identity is a major concern for most companies, and an urban location injects innovation, youth, and sophistication into the brand. These traits make brands more appealing to the younger end of the consumer spectrum, which is not usually associated with suburban office parks.

In contrast, an urban setting “projects innovation, connectedness, uniqueness, and allows companies to literally be at the center of things.” These moves also tend to bring about a general excitement and renewed energy to the workforce of the company.

The move to an urban area can provide a company with an opportunity to optimize its workforce.  Beyond creating a location that appeals to younger, more tech-savvy employees, a move to the city offers older rural and suburban workers an opportunity to find new opportunities closer to their homes.

Companies today are finding themselves trying to balance the needs of the majority of millennials vs the needs for their long-term employees. The more forward-thinking companies tend to give more weight to the needs of the millennials. Across generations, though, telecommuting has also made the move to the city more palatable for traditional suburban companies. Today’s workers need less office space, and for those with families or otherwise unwilling to move (but willing to stay on with the company), remote work enables them to contribute without uprooting their life.

Companies wishing to position themselves as forward-thinking are moving to the downtown areas of cities in order to enforce that distinction. Their location not only affords their employees the opportunity to collaborate with their peers in other divisions of the company but also peers within other companies or even other industries.

This collaboration holds the potential to inspire new and innovative ideas that otherwise would not materialize. Companies can also emphasize their corporate citizenship by investing in the local area and providing workspace to local non-profit organizations.

When Is the Right Time to Move?

While companies may have different strategies on when to move their headquarters or set up a division in an urban area, the themes of talent, culture and cost vs. benefit run throughout. With most business functions becoming increasingly digital, companies are finding it’s the only way to attract the top talent needed to for firms to change and thrive.

So, when is the right time for a business to make the move?

There typically is a desire to break the trend of “business as usual.” Companies may be looking for that change of scenery needed to kick off a very large or ambitious project or program that may require new and different ways of thinking, or establishing a new culture with new talent and a new location.

A large part of successful change management is putting talent near decision makers to shorten communication cycles and enhance collaboration. This makes a lot of sense when it comes to digital projects requiring urban talent.

Another example of when it’s best to make the move to downtown is a financial one.

When costs start outweighing the benefits of staying put, a move is obviously a smart choice. Cities are increasingly on the hunt and wooing major corporations to bring their business downtown. But, most companies still make the mistake of not immediately turning to the city for help. With numerous tax incentives and optimization opportunities, and move is a smart one in today’s digital economy.

It’s clear the drive to recruit and maintain top digital talent is forcing companies to think and act differently. One can draw parallels to the industrial revolution age when the nation’s cities housed the bulk of factories and workers, in that this “digital revolution” represents a similar migration of talent and a similar success story of the enterprising organizations that relocate to access said talent.