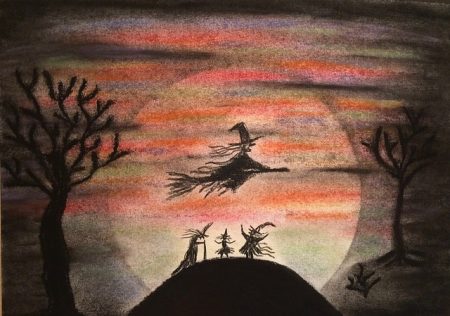 Trick or Treat: Why Halloween is Too Sweet to Miss Out On

Halloween may be all about dressing up, but there is no disguising its popularity. Every year at the end of October, millions of Americans put on wacky costumes and eat copious amounts of candy to celebrate the holiday.

With retailers performing final preparations for the fast-approaching holiday season, Halloween is an easy holiday for brands to forget about: it doesn’t exactly promise the returns of Black Friday or Cyber Monday, and besides, costumes and candy aren’t necessarily ubiquitous in the retail space…right?

A (Not So) Macabre Market

So, what do people spend on Halloween? It might surprise you. According to NRF, 179 million Americans will participate in Halloween festivities this year while spending an estimated $9.1 billion – much higher than last year’s $8.4 billion.

Costumes will make up the largest share of spending, coming in around $3.4 billion, and men will spend on average $20 more than women on their getups. Candy and decorations each make up $2.7 billion of the total, and with the average household spending $86 this year, Halloween is a sneakily active spending holiday.

For retailers to take advantage of the holiday, though, they have to look a bit deeper into 2018’s 179 million shoppers, what they are looking to buy, and why.

Halloween is all about dress-up. From crazy costumes to wacky lawn decorations, the whole holiday revolves around appearances. More than 60% of celebrants don’t begin shopping until October, but over a third actually start in September. This means that shoppers are starting to search for costume inspiration very early.

Now, where do these people search for costume and decoration inspiration? According to NRF, it is truly a cross-channel exercise. Over 35% of shoppers search online for inspiration, and in today’s world of eCommerce, that should come as no surprise. Interestingly enough, though, more than 30% of shoppers draw inspiration from within brick-and-mortar retail stores. These include the pop-up, seasonal Halloween shops, but also other general stores as well.

Shoppers search online for ideas and deals before they step into stores – we’ve known this for years – so smart retailers make sure to get as much Halloween-themed content online as quickly as possible.

This means leveraging the capabilities of your eCommerce platform to generate Halloween content, promotions, and pages, and getting them live in September to best connect your brand to this $9 billion dollar market.

Check out Hotel Chocolat, for example. For a few weeks now, this UK-based luxury chocolatier has been greeting shoppers with bold Halloween-centric homepage content, and a special Halloween page with an assortment of chocolates, kid-friendly gifts, and even the option to build a customized Halloween chocolate box.

Obviously, a chocolatier like Hotel Chocolat is well positioned to take advantage of the holiday’s sweeter side, but a little creativity can go a long way for retailers whose products are more tangentially related to Halloween. Today’s inspired costumes and decorations have many components, and social media has opened up an entirely new world of Halloween inspiration and creativity.

Instagram videos and Pinterest boards are full of costume and decoration how-to’s, and smart businesses use these channels to drive quality traffic to their sites. Taking the social strategy a step further, Pinterest enables retailers to create shoppable “boards,” enabling followers to interact with the content, and if they like it enough, order the components right then and there.

Retailers with physical locations can leverage them to stock seasonal items or set up creation stations to engage customers’ spooky sensibilities. As I said earlier, Halloween is a truly omnichannel holiday – many people still do their research and shopping in-store – meaning retailers must engage with customers across channels as well.

Consumers love Halloween, not just for the candy, but also for the opportunity to create costumes and decorations. With a $9 billion dollar market behind it, Halloween is too sweet a holiday for retailers to miss out on.