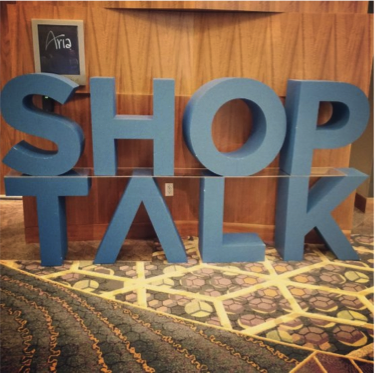 Shoptalk 2017: The Future of Retail On Display

Shoptalk 2017 is done and dusted, and what a show it was! In its second year, Shoptalk pulled in over 5,000 attendees, 550 CEOs, and 330 top notch speakers including the head of Walmart.com, global head of eCommerce and retail strategy at Facebook, the Chairman of Target, CIO of Kimberly-Clark, and VP of Amazon Marketplace.

The show also attracted the new faces of retail innovation like the co-founders of Chubbies and SeatGeek, and the founders of brands like NatureBox, Minted, and Harry’s. Shoptalk fostered an incredible environment, showcasing retail giants alongside the young, hungry players that are leveraging digital channels to engage with modern customers and redefine the industry.

In all my hundreds of conversations during the show, I only had one company – an old customer of mine from when I lived in Australia – say they are all good in their digital business. They currently have 130 staff members running their eCommerce business and felt like this investment is keeping them in tip-top shape.

I wonder, though, how quickly can they change direction in case something happens in the market with that model? How rapidly can the scale up or scale down? Do they have true experts at their disposal to take advantage of any new technology? I don’t know, but I wish them the very best! Those Aussies are wonderful human beings, inside and out, and these ones especially understand the importance of eCommerce.

Most of the exhibitors at Shoptalk were startups less than four years old. Shoptalk provided affordable small booths that lined the two large expo halls, and the small innovators in these booths showcased awesome new converging tech, AI, VR, and video solutions.

Shoptalk even set up a pitch contest that reminded me a bit of “The Voice” but for digital startups. One of the winners has a store associate tool that provides access to experts when working with a customer in the store. Another winner created a system that ensures customers immediately receive refund credit for online purchases even before they ship back their products for inspection. This contest and these winners showcase how unifying digital and physical experiences is a critical function in today’s retail world.

All of this makes me wonder how well commerce-only focused shows like Shop.org will continue to function. NRF remains amazingly relevant, but others seem to be losing sight of what their target audience desires. Innovate to meet and exceed customer needs: that’s Retail 101. Shoptalk does this to a T.

Many LYONSCG clients stopped by to wish us well – Stance, Puma, a few folks from Tarte, and many others. One executive and his wife were especially memorable. Their visit lasted quite a while and was extremely entertaining; the combination of amazing conversation, the mesmerizing contortionist suspended 10 feet above the booth, and the fact that it was happy hour, combined to really stick out to me.

I asked him why he chose to partner with LYONSCG. I’m paraphrasing, but he said, “I really liked Rich and the company that he built. His people were impressive and they had a great reputation for being world-class implementation partners. Not everything went perfectly, but LYONSCG was there every step of the way, and got our projects done the right way.”

I was surprised at the number of venture capital firms I met at Shoptalk. They were actually trolling the floor for the latest, coolest, and more marketable tech to invest in. Meeting so many VC players was confirmation for me that the show was firing on all cylinders, and driving the innovative digital commerce vibe that Shoptalk is quickly becoming known for.

All you “Dancing on the Ceiling” fans would have loved hearing the keynote from Lionel Richie. He is now a retail player with Lionel Richie Home, which is a homeware and accessories brand. I had planned for weeks on how I would approach the former Commodore’s front man should the opportunity present itself on the expo floor. I settled on the classic, “Hello… is it me you’re looking for?”, but alas, the opportunity never presented itself during the show.

All in all, Shoptalk 2017 was nothing short of phenomenal. The companies we spoke with all were looking for the same things – more site traffic, better conversion, more engaging UX, well-proven commerce platforms, and a services company that can partner strategically, drive predictable outcomes, and leverage expert people. The show was proof that there is no better time than now to be in this industry and be a member of the LYONSCG team. Here’s to a magnificent 2017! Thanks, Shoptalk!