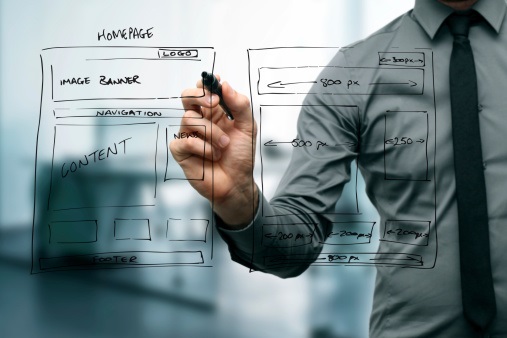 Since its inauspicious introduction as a proprietary extension to HTML, Canvas has grown into a standard, universal graphics API. Simpler and generally faster than SVG, Canvas is the preferred engine for powering an ever-growing stable of sophisticated graphics and drawing libraries.

This post aims to educate novices on the history and concepts behind Canvas, and explore the computational geometry required to work with the program. Then we will highlight some key Canvas libraries, showcases, and other interesting resources for developers.

Canvas was introduced to Apple’s WebKit layout engine in 2004 and has since been standardized by WHATWG and been adopted across all major browsers.

The canvas element itself defines a rectangular area to draw on with JavaScript. The drawing API is a 2D, low-level, immediate mode interface; its core is a context object, which essentially is a pen drawing primitives such as lines or arcs.

The pen follows orders “blindly” – it has no memory of its actions and no geometric model of its work (aka, no scene graph). This simplicity is what makes Canvas a fast and ideal tool for complex animations in gaming and advertising applications.  However, this simplicity requires the developer to manage all geometric programming.

Let’s dive into how elemental drawing on Canvas actually works.

In the above JSFiddle, the context object, ‘ctx’, of a canvas element with ID ‘cnvs’ is being manipulated. Initially, the width and height of the canvas is determined (default dimensions are 300×150).

Next, we demonstrate the drawing styles (fill and stroke) and primitive shapes (rectangles, lines, and arcs) that Canvas renders.

Rectangles are specified by the upper-left coordinate followed by width and height values. Arcs are determined by their origin, radius, starting, and final angles, with angles given in radians from the positive X axis. Arcs also have an optional flag for moving counterclockwise.

In our Rectangles and Arcs example, how do the stroke and fill actions know where to apply? In Canvas, each successive drawing instruction adds to an implicit path. When a stroke or fill is performed, it applies to the entire path.

Calls to beginPath() reset the current path, so we invoke this call each time we begin drawing a distinct shape. The context also remembers the last position of the pen, so polygons can be created by drawing lines from one vertex to the next.

Cubic or quadratic Bézier curves can also be drawn by specifying control points and an end point, with the starting point being the pen’s current location.

Canvas allows users to apply linear transformations – translation, scaling, rotation, or arbitrary transformation matrices – to the drawing plane. The figure below uses translation and setInterval to animate the original polygon.

Rotation turns the entire canvas around its origin. To rotate an object around its center, we first need to translate the canvas, and then translate it back. Combined with scaling, the rotation effect looks like the below.

Whether we’re making a game, ad, or infographic, mouse interactivity will be critical. Since canvas has no scene graph built in, how do we detect when a user clicks on a shape? One must calculate whether the click location falls within the shape’s boundaries. When dealing with simple ellipses and rectangles, the task is straightforward, as seen below.

Going a step further, what if we want to know whether a polygon’s interior is clicked? Trying to test whether a point lies inside a general polygon involves tricky edge-cases and numerical issues. Honestly, this testing lies beyond the scope of this article, though we do suggest resources for interested readers. However, we can fairly easily (without vector math) test whether a point is inside a convex polygon.

First, observe that a click-point forms a triangle with the endpoints of any edge in our polygon. We can find the area of this triangle by computing the determinant of a matrix.

Instead of taking the absolute value, consider the signed quantity. The sign is determined by whether triangle vertices A, B, and C are given in clockwise or counterclockwise order.

What really matters is that if – and only if – point A lies inside a convex polygon, then the endpoints B and C of all the polygon’s edges will give the same sign for triangle ABC. We can implement this test like so:

In this post, we’ve only scratched the surface of the Canvas API’s functionality. Features such as text and bitmap drawing, compositing and clipping, stroke styles, and pixel manipulation are all powerful tools that we will speak more on at a later date.

For now, the following is a briefly annotated list of resources expanding on these topics, exposing you to libraries that build on Canvas, and applications showcasing Canvas.