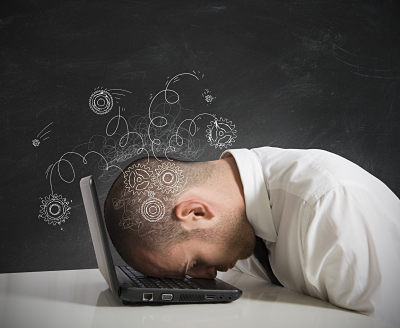 Who doesn’t love the Toy Story movies? You remember the scene: Buzz Lightyear has recently figured out he can’t actually fly. But with those wings and some newfound confidence he saves the day by flying Woody to safety. As they soar across the room Woody shouts, “This isn’t flying, it’s falling with style!”

What most people don’t realize is the profound wisdom Woody and Buzz Lightyear are teaching eCommerce developers and architects. Toy Story dug deep into the playbook of eCommerce to show the world the importance of failing with style, a lesson that’s important to learn during every eCommerce platform implementation project.

Is Failing Really a Failure?

When speaking with clients we often hear things like,

“We must have zero failure. We need perfection in our systems to best serve our clients and shareholders.”

The hard truth is that technology systems will inevitably fail in some way at some point in time. It’s an undisputed fact. Hardware failures, human error, fiber cuts, natural disasters, or high traffic will occur, and with that, some aspect of the technology will fail as a result. It’s important to accept that fact now.

When delivering this dose of reality, people in the room sometimes get uncomfortable. They start fumbling for the phone number of an eCommerce consulting firm that makes them feel good about themselves (and possibly tells untruths in the process). This is the time to refer to Buzz and Woody and explain our number-one goal as technical architects and eCommerce experts: we fail with style.

A Case Study in Failing with Style

A few years ago we had a client whose website recently launched. Their internal marketing team mistakenly released a promotion on Thanksgiving Day instead of Black Friday. It was a simple error that could’ve happened to anyone. What they didn’t realize is they had the industry’s best price on one of the most sought-after products that holiday season.

Tens of thousands of consumers rushed to the website to place orders, the excitement reaching a fever pitch. Sales spiked uncontrollably; so much so that the company’s order management system (OMS) couldn’t handle the volume of orders. Within a few hours there were over 30,000 orders rejected by the OMS.

The client called on Thanksgiving night in a total panic. They were convinced the loss of 30,000 orders would become headline news the following day. Luckily for me, I was so drugged out by the extra helping of turkey that my response was calm instead of panic.

Why was I so calm? Because back when we first implemented the client’s eCommerce platform, we had engineered the system so if a failure like this ever occurred, it wouldn’t affect the client’s profitability, shopping experience, or ability to complete orders.

That Thanksgiving night, we made a few adjustments to the system and over the next 12 hours the system was able to push those so-called missing orders into the OMS. Disaster was averted.

This eventual outcome taught me the lessons of failing with style.

Keys to Failing with Style

The greatest reward for properly engineering your systems for failure is boredom. If you do this, your eCommerce department will sound like crickets during peak usage or third-party services failures.  Failing with style allows you to fix problems without emergency meetings, PR departments, and stress from management.

Implement these techniques and your website can grow to infinity and beyond!

Last week, we had the pleasure of hosting many of our clients in Chicago at LYONSCG Commerce Connect, our annual client forum. By all accounts, it was a great event […]

Modern consumers across the globe demand a personalized, localized shopping experience. To deliver on this, businesses need to combine strong international expansion strategies with a technology platform that can facilitate […]